I have never really had much problem with sleeping. I am one of those people that can awaken during a dream and pick up where I left off if I want to: depending on who is in it that is! This week though, I have suffered a little: probably because of Rusty deciding that he/she is not a child but actually a jumping bean! At one point, in Lidl, I thought that Rusty might even be coming early. Other supermarkets are available obviously.

One night this week when I was struggling to nod off, I began thinking about my Dad, as I normally do. I know I am 35 and I have my own family but I sometimes cry into my pillow and think that I really want my Dad! Not much shame in admitting that, I do. My Dad had the ability of making everything alright, as all Dad’s do of course but, it was almost like he could inhale your worries and bury them deep inside of him: like that massive bloke in The Green Mile (if you haven’t watched it, you should have). There are times when I need him to do that for me: not just because I want him to make me feel better but, because he gave my life light. It was only when the light went out that I realised I would have to live in darkness for a while. 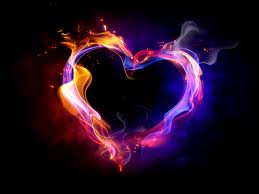 My boyfriend sent me this once: if you had met him you would know what a grand gesture that is (he’ll moan at me for that)

I have thought to myself on many occasions: what is the point in being such a fantastic human being and then not having anything to show for it when you are no longer around. This is part of the reason that I started this blog and part of the reason that however small my effort, I will always do my best to ensure people know what happened to my Dad so they can make sure it does not happen to their loved ones. I wish I could go back. By that, I mean that if you have read my blog, you should be nagging your Dad to have his Prostate checked. It’s not just an ‘old man’s’ disease, just like Breast Cancer does not only afflict woman over 50. My Mum was younger than me when she first found a lump. Just because you don’t have any symptoms, does not mean diddly squat!! My Dad was born in 1945 and he died in 2005. He never went to the doctors for 25 years but, there was no prize in obtaining this milestone, in fact, it was the opposite. He most definitely got the wooden spoon.

I recently visited a local Prostate Cancer support group to talk about Travel Insurance for people with pre existing medical conditions (because that is what I do as a day job) and of course, my own experiences. My Dad would not have been the youngest one there, I would! I would have given anything to find a group that we could visit together and talk to. Although, it may not seem much, I felt like I really achieved something that day, like I did something about it, instead of just feeling sorry for myself and questioning why the Universe can be such a terrible bastard sometimes. And I know I am not the only one, there are people that have suffered much worse but grief is very inward and its hard to think of others. I do think of others now though: knowing my Dad made me a better person. I hoped that my Dad would have been proud of me too.

Cancer leaves a massive trail of destruction and not just to the one it affects. My Dad said to me once that he had the easy job because, I would be the one that was left behind to deal with it and he was right. My Mum never said a lot towards the end, she couldn’t talk and so had to use a magnetic sketch pad to tell us things. Hard to convey all your final wishes in a matter of sentences eh? So why do we not do it when we can. 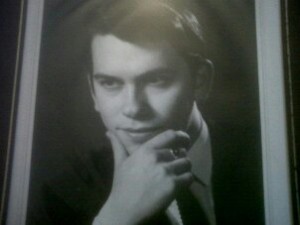 My Daddy! Make sure you hang onto yours tight: with both hands.

If you were me and I was you!

Happy Birthday! to my Mummy for yesterday. She would have been 68 (I think) That sounds terrible but in all honesty, My Mum has been dead for longer than I actually knew her. In that respect, do I think it is maudlin to mark those occasions like a Birthday for someone who has gone? Of course not! It is only maudlin if I spend the day feeling sorry for myself, which of course I didn’t as I do that daily anyway! Just joking!

I spoke to a Psychic once who told me that my Mum was upset that I never had photos of her around. Well, you can tell her that I am upset with her too…for dying! Of course, I always had to have the last word! Apparently she also wanted to have some reference to her in my girls names. That is how I knew that it was my Mum because she had an amazing sense of humour: Maureen Freda Joan…Mum really? Her Mum was called Joan and my other Nanny was called Phyllis Mildred: if that wouldn’t be the universe having a giggle, I don’t know what would be!

On the weekend, I am sure my other half would not mind me telling you, but we had an enormous row! Sometimes I think it is good to clear the air with these occurrences as we spend a lot of time together but, we don’t always talk (not about important things anyway) Human beings in their very nature always want something that they don’t have: I would like a house in Taormina (look it up) with a cable car, a lunch of  Buffalo Mozzarella every day and a Pinot Grigio tree but, that is not reality.

We live each day doing the same things, going to work, looking after the children and if you are anything like us, sitting on the sofa at night, eating chocolate and watching television. It is natural to think that life should be more interesting and when you are busy looking at Twitter and some 18 year old blonde with a wash board stomach is jumping off the Empire State Building in her bikini, why should you feel special that you are merely enjoying ‘Benefits Britain’ with a glass of Shiraz! Truth is though, what if you didn’t do that anymore? What if your life changed and it was all taken away? Then you would realise that you were happy and life was important to you. I am under no illusion that I may create the vaccine for Ebola or end world hunger, but that does not mean that my life has been wasted: nor that I should have done something else with it. Really and truly, if I did now jump off the Empire State Building in my bikini (although it would be more of a belly flop for me), I would really want to be sat at home with my boyfriend watching ‘Benefits Britain’. That is the irony! Why can’t we just realise that now before we have to lose something to make it important. This is what I tell my boyfriend when he is feeling rubbish about himself and that he has achieved nothing. We have all achieved something, whether we have been kind to someone when they needed it or told our child something that they will always remember and subsequently tell their children, we can’t see what we have or what we gave because we are too busy thinking that we should be something else.

In 1990, my Cousin Emily was 11. She was the daughter of my Mum’s brother Terry and she was my penpal. I used to love getting her letters and she was always particulary good at drawing mice. Her and I were exactly the same age and many said we looked the same too. I can still remember her vividly, she had a huge smile and she was so kind and caring. I am sure that she would have been a primary school teacher and probably sit on her sofa at night and eat chocolate but, she never got that far. One day she went to school and she simply never came back! 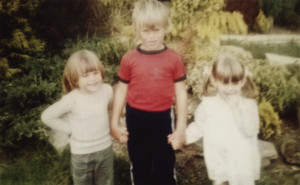 Left to right: Emily, her brother Simon and me.

I can remember those storms. I was at school and my classmates and I were watching the slates fly around outside. Clearly the buildings we were in were 2 million years old and so we were marched to our school hall, which I always thought was a bit mental as we then had to dodge said slates on the way there. Personally, if I had known I would have to sing Kum Ba Yah for three hours accompanied by Mr Pearson on his accordion, a light concussion may have been a relief!

I should not say that. For my special Emily simply sat at her desk and the roof fell on her. My Mum was really affected by her death. She never spoke to me about it, as I was 11 too but, I always knew. I wish I had spoken to her as maybe it would have helped her but, probably I was too busy wishing that Patrick Swayze would suddenly like goofy 11 year olds. My Mum would have traded her life for Emily’s, I know this to be true! In actually fact, she was not that long behind her but, my point is, when my Mum was dying, she did not spend her time thinking about what she wished she had done with her life or what she regretted but, merely how she had lived it and that she would now be leaving it behind. Don’t wait until it’s too late!