Well! I expect you are surprised to hear from me again! Trust me, if I could type one handed then I would have written hundreds of entries by now but, breast feeding somewhat limits your computer abilities. In the last six weeks, I don’t think I have eaten more than one meal with two hands; fine if it’s anything but peas. Peas are tricky. I think I still have one in my bra. 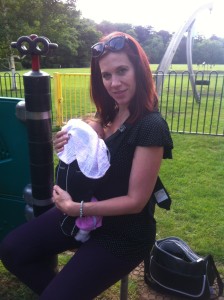 I can almost hear you all groaning from behind your computer screens but, I can assure you now that, although I have now had my beautiful little girl Nancy, I will not be writing about her today. Or my perineum. You can jolly well wait for that! Although it is about Mums. My Mum actually.

It isn’t until you become a Mum that you realise what your own Mum went through. When I was 14 and an absolute bitch, My Mum would tell me all the time that when I had my own teenage girl, I would realise how horrible I could be. Now, I will have three! I understand now just how fantastic my Mum was, particularly as at this time she was having pretty horrific Chemotherapy. But, I will not be able to laugh with her about it or relive stories from when I was young and as I get older, I struggle to remember the things we did together. In truth, the main thing that I attribute to my Mum; is that she died. If that was the legacy I left for my three girls, I would be devastated. So, I am going to try my hardest to remember this as an adult, not with the brain of a 16 year old girl. That’s who I revert to when I think about my Mum as that is when she left us.

The majority of times that Mum and I talked the most were when we were in the car together. That sounds bonkers but, as my Mum and Dad were working in our café a lot, My Mum and I had time on our own when she ferried me around to various activities (as most Mums do ) I moan about it frequently!! Otherwise, we were all together as a family. Horse riding was on a Sunday morning and I always used to love it when she picked me up as we would visit a random garden centre or fruit picking farm before we went home. I didn’t really take to horse riding even though I did it for such a long time but, because of Mum’s background in the stables, I did it because I knew she wanted me to. But, I never loved it.This time in the car was when, as I mentioned before, that I can remember all the music Mum would play. When I have a bad day or need a pick up, these songs can take me back there. For example: Curiosity Killed The Cat – Down To Earth was a firm favourite and I have it on my special playlist. I felt safe at these times. This was when my childhood was as it should be. Before, it became about loss.

Our car had a certain smell; almost hot, whatever the weather. We had a dark Maroon Volvo and the seats were almost carpeted, as they so frequently were in the 80’s. My Dad never allowed us to have any other car because he always said that we would never be safer. That was true actually: Mum and I had a crash once on the way to school.Well, I say crash but, our car never actually moved from its stop position. Someone drove into us from behind and their car crumbled in half almost. We weren’t hurt and we didn’t need to be checked out but, I had the day off school anyway. I had toast and tea when I got home, in Mum’s beloved Willow pattern china and watched musicals all day. I collected them! Should have been on the stage really. If I hadn’t just become a ‘normal’ person. 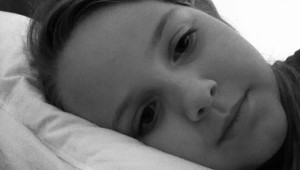 My gorgeous girl is now the same age as I was when my Mum would take me Horse riding.

I was fascinated with my Mum’s life as a teenager. It always seemed so glamorous. Sneaking out of the house with my Godmother Ro to the latest party. Stories of her boyfriends and working as a waitress in a beautiful country pub. Of course, the side she never talked about when telling me these stories is that she never actually wanted to be in that house. She wanted to avoid a beating and not have to hide under her bed when her Father came home. This was her childhood but, she never told me stories about that: just of the fun she had. That was the type of person she was and that despite her childhood and the horrendous things she saw, she always remained loving, elegant, strong and fun.I knew from her stories that she was definitely a little wild and who would blame her.. Naturally, I did not follow in these footsteps as an adolescent.

She had a few notable boyfriends, always older than her, much older in fact but, who treated her like a Princess. Based on the father she had, this was unsurprising. Her relationships with men were always for replacement father figures who cared for her which, was really what she craved. Thankfully none of these relationships resulted in a broken jaw, only very beautiful jewellery. This was until she met my Dad: Tony. He was her savour. I know what that’s like! 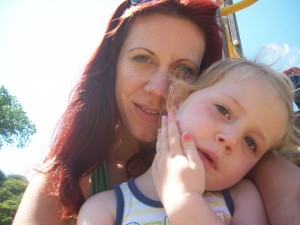 I try to teach my girls to enjoy every minute as a child and fill it with love.

The reason we were always milling around those garden centres and flower farms was because of my Mum’s passion for flowers. She loved them. Her interest didn’t really start until later life and after she was diagnosed as I guess she found it therapeutic. I say ‘later life’ but, she was three years younger than I am now when she was diagnosed. I never found these places boring, unlike my girls do now (until they realise that there may be cake involved) Instead, I loved listening to her talking about all the different flowers and what she was going to do with them. Always such beautiful colours and smells. Naturally, we would have cake too and I always ended up with something to bring home. A glittery butterfly or fury rabbit which were on a stick and ordinarily meant for a flower arrangements. The health and safety on buying a child one of those bad boys now would be unquestionable.

Mum ended up arranging flowers for our local church. There wasn’t the massive conglomerate of florists that there is now who simply arrange the flowers and deliver them ready. Mum would design them, buy them and trudge up to the church with her basket and her oasis and spend hours making the most beautiful accompaniments for a wedding or funeral. Most of these times she would take me with her and there was always some kind of adventure with it. Also, I would sit and watch and she would talk to me, sometimes about the flowers but, mostly about other things. The smell of oasis brings those times back to me. And that church, although, having both her funeral there and my Dad’s a few years later, the memories it held became slightly different for me. I still felt her there that day though. The day she wasn’t really there anymore. 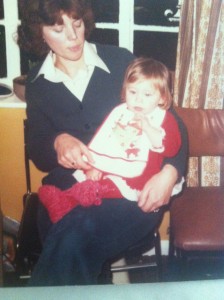 Once, the vicar said I could take the tiny windy stairs to the steeple if I wanted and look out over the town. It was amazing. I wouldn’t do it now though! As a child you have no idea of your own mortality. As I grew up and more people left, I grew fearful of everything. Plus, I’m really claustrophobic so would probably poop myself! Ultimately, Mum would come up and find me so, she wasn’t fearful of that either. Thinking back, this was a gift of time together that most Mum’s don’t always get. For that I am grateful and when the memories of my Mum are taken over by simply remembering that she left me, I shall try and replace it with the times when she was there. When she was my beautiful, beautiful Mum. 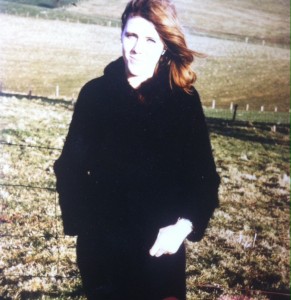 2 thoughts on “I’d do anything”